a wellspring of creativity in arts & crafts

The mission of Shake Rag Alley Center for the Arts is to provide educational experiences in visual, performing, and literary arts for adults and children; cultivate the creativity that thrives in our rural community; and rehabilitate and preserve our historic buildings and rustic campus.

There are no current opportunities at this time.

There are no internship opportunities at this time.

Volunteer With Us
There is no shortage of ways to get involved at Shake Rag Alley. We always need help during annual events. Please call our office at (608) 987-3292 or send us an email if you’d like to help. Stay on top of emerging opportunities by asking to be added to our Volunteer News email list. Calls for volunteers will be sent directly to your inbox with handy buttons for online sign-up and time slot selection.

Magic. Joy. Heaven on earth. These words and others like them have been used to describe the experience of learning, staying, and celebrating at Shake Rag Alley Center for the Arts, Mineral Point’s nationally known 501(c)3 nonprofit school of arts and crafts.

WORKSHOPS at Shake Rag Alley are informative, fun, and led by working artists and craftspersons from across the country and across the street. From March to November, we offer scores of workshops, ranging from half-day project-oriented workshops to week-long immersive workshops for all skill levels. RETREATS of several days allow students to experience several workshops in a category, whether it’s rustic arts and nature crafts, jewelry, creative writing, or mixed media. During our SUMMER YOUTH PROGRAM, K-12 artists complete projects across a wide-array of categories. Beloved Youth Program features include the paper maché camp culminating in participation in the Mineral Point Fourth of July Parade, the Free Arts Camp, Pioneer or Laura Ingalls Wilder Camp, and Be in a Play.

LODGING is available on-campus in the historic Coach House and at The Sardeson, two blocks away on Commerce Street, in the third addition to the 1868 Globe Hotel. Workshop participants are eligible for discounts on Shake Rag Alley lodging.

SITE RENTAL makes it possible for you to utilize the Shake Rag Alley campus and buildings for weddings, meetings, private events, special occasions and ceremonies, or work with staff to organize a private arts retreat led by one of our instructors. Site rentals can be tailored to suit your group’s size and interests, and convenient on-site lodging makes Shake Rag Alley the perfect venue for creative brainstorming retreats or family/friend get-aways. Be sure to check out our site rental gallery.

EVENTS at Shake Rag Alley are a great way to connect with others from the community and explore our beautiful campus and unique buildings throughout the year. Annual events include family friendly activities like the Tour of Fairy Homes and Santa Day, where visitors of all ages may participate in themed crafting opportunities, and our annual free Trick ‘r Treat event following the Mineral Point Halloween Parade. Monthly Women’s Art Parties provide opportunities for creative camaraderie March-November. Watch our Events page for our eclectic garage sales, Vendor Nights, and other ways to engage with and support Shake Rag Alley throughout the year. LITERARY EVENTS include our Winter Writers Reading Series, welcoming award-winning Wisconsin authors to week-long residencies and Wednesday evening readings from December through March, the monthly Driftless Poets and Prose Writing workshops and Antiracism Book Club, annual Writing Retreat, and Alley Stage Reading Series.

Request a print catalog of workshops, retreats, and events.

Back in the early 1800s, when Mineral Point was a rough-and-tumble lead mining town, a cluster of cabins in the little valley surrounding Federal Spring was known as Shake Rag Under the Hill. When Madison florist Al Felly bought up all the little homesteads around the spring circa 1970 and planted the area into a lovely garden with artisans making their crafts in the buildings, he called it Shake Rag Alley. There’s a local legend that camp cooks and womenfolk used to shake a rag outside their doors to indicate to the men mining the nearby hills that chow was ready. In several parts of the United States, “Shake Rag” was the name of a poor residential area. Elvis Presley was born near a “Shake Rag” area (and kept on shakin’!).

Fast forward to October 14, 2004, when local artists and community members led by founding board members Jim Kackley, Sandra Scott, and Judy Sutcliffe purchased the property and launched a nonprofit arts education center. The spring is still bubbling, and today Shake Rag Alley Center for the Arts occupies nine buildings in the 2.5-acre oasis of gardens, trees, and rambling paths.

Students come from all over the country to join in the creative fun that takes place in our historic buildings, under trees, and under tents. From modest beginnings, with only an after-school youth program and a handful of weekend workshops, Shake Rag Alley has grown into a national art center with the support of our students and instructors, donors near and far, and a small army of volunteers drawn from the Mineral Point community.

Even beyond the natural beauty, there’s just something incredibly special about this place. A spirit. A feel almost impossible to capture in words or pictures. You have to experience it for yourself. 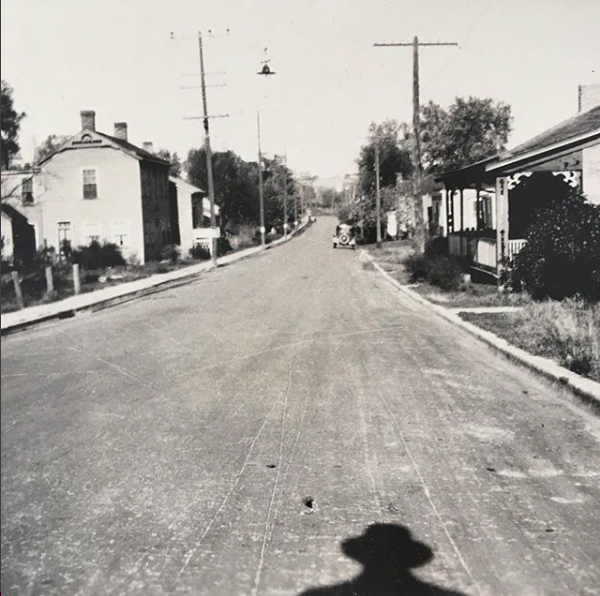 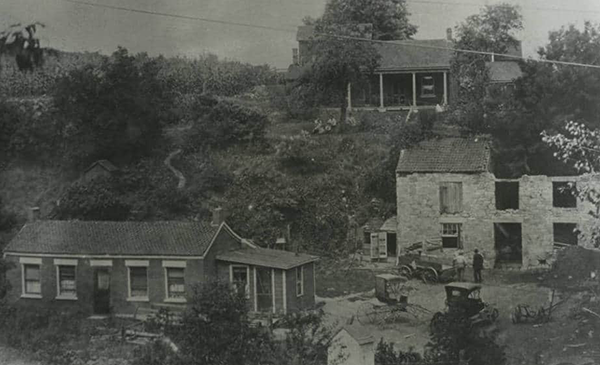 Federal Spring, a reliable source of water summer and winter, drew Native Americans to camp here, prior to the arrival of lead miners in the late 1820s.

Possibly the oldest standing structure in Mineral Point, our 1830 log cabin was originally a Territorial Wisconsin schoolhouse, last occupied in 1958 by Tea Kettle Annie who dipped her kettle in the spring each day.

By the late 1800s, Shake Rag Alley had been renamed Hoard Street, likely in honor of William Dempster Hoard, an early advocate of replacing failed wheat fields with dairy farming and soon-to-be governor of Wisconsin.

Madison florist Al Felly, and his wife Eadie, retired to Mineral Point and established beautiful gardens with lots of sunny annuals, at Shake Rag Alley. Renovating the original buildings and constructing others reflective of the town’s nascent period, they sold antiques, alongside a working blacksmith and potter.

When the Fellys sold the property in 1990, it passed through many hands before being purchased in 2001.

The Ridnours sold British imported antiques in the Coach House, ran a tea room in the Cafe, and hosted antique shows and events, including Woodlander Gatherings organized by Sandy Scott and Judith Sutcliffe. In 2004, the Wall Street Journal noted Shake Rag Alley, once again up for sale, as a prime historic property on the market.

Sandy Scott and Judy Sutcliffe learned that the property was for sale while leading the 2004 Woodlanders Gathering in July, and made an impromptu decision to save Shake Rag Alley from being sold and closed to the public. In less than three months, they established a nonprofit organization to own and operate the property and secured enough investors to meet the $100,000 down payment required for the contingency sale. Officially registered as the Mineral Point Living Arts Center, everyone referred to it as Shake Rag Alley, a name that found its way onto official paperwork and was used by Judy in designing the logo which identifies the wellspring of creativity in arts & crafts that is now Shake Rag Alley Center for the Arts.